Never not running: SEKISUI at the Virtual Ekiden race

It is the second weekend of July in times of Covid-19. How do you spend your free time when you are athletic and like running? You join a virtual run, such as the Ellisons 2020 Virtual Ekiden. So did 18 motivated runners from SEKISUI!

The Ekiden relay race originated in Japan and invites teams of six runners to compete in a long-distance relay, showing team effort and achieving the best result while having fun. The total distance is a marathon distance, with different legs for each runner (1 x 7.2km, 3 x 5km and 2 x 10km).
This year there was a virtual Ekiden, which was free to enter and could be joined from all over Europe and the world. The race took place from July 10th to July 12th and allowed a lot of flexibility: The distances could be run on any of the three days, at various locations and times.

From SEKISUI, three different teams participated – at different places in the UK, Germany, Switzerland and the US. The teams were:

Sekisui Super Six: Runners from SEKISUI DIAGNOSTICS; five from the UK, one living and running in the US.

Born to Run: Runners from SEKISUI ALVEO; partly from Switzerland and partly from Germany.

Here are some impressions and thoughts on the virtual event:

Karen Illman, SEKISUI DIAGNOSTICS (UK) LTD:
This morning I ran a 10 km leg for our SEKISUI team. I felt proud to run for our team and to represent the company I work for. I was accompanied by a dear friend that has been my running partner since the beginning of lockdown – together we had a beautiful morning run. And what is best: It was all for a good cause, we donated for the East Anglia Air Ambulance Charity.

Ian Howden, SEKISUI DIAGNOSTICS (UK) LTD:
This weekend, I have competed in the UK’s only real Ekiden event for the second year in a row (last year, I joined the race in Ipswich). With no need to travel, we could virtually run with colleagues from all over the world, as far west as America and as far east as Germany. A truly international event this year!

Even though I could not prepare properly due to an injury I was able to take the 5 km leg for our team, theoretically the last leg racing for the finish line. And I made it! I really enjoyed the run and hope we can all come together again for the Ekiden next year!

Elka Büscher, SEKISUI DIAGNOSTICS GMBH:
This morning, I ran 7.2 km before starting my regular working day. It was the very first time I took part in a run. Great fun, I really enjoyed it!

Chris Carter, SEKISUI DIAGNOSTICS (UK) LTD:
With the opportunity to take the run at any stage of the weekend everyone could choose their timing and conditions that suited them best. For our runner Jim in the US, this meant a pre-sunrise beach run. My own experience was to go out Saturday morning, taking on a scenic 10km loop around my home in the sunshine, running as fast as possible.

And it was worth the effort: I could record my own personal best for 10km (39:17 minutes).  A great start into the weekend!

Aylin Kilinc, SEKISUI ALVEO AG:
I really enjoyed the experience. Even though we could not meet in person and enjoy the atmosphere of a live run, we could participate as a team and run for the best group result. We love running – and no virus can stop us.

A great virtual run and well done to all our SEKISUI runners!

And for those who wondered about the results: Their runs were tracked by various electronic devices to validate the individual performances.

Some more impressions from our runners: 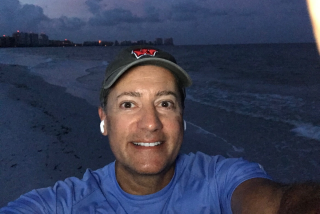 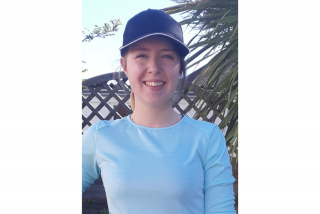 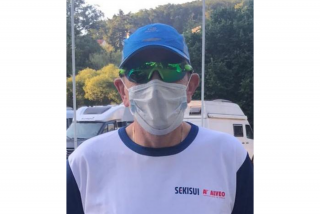 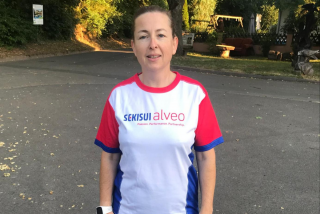 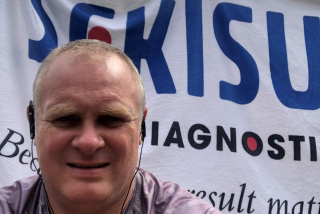 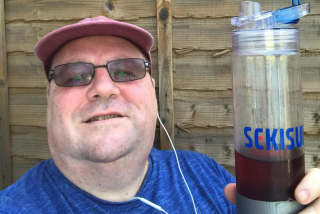 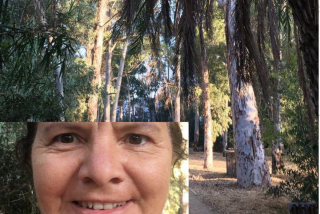 Different locations but same goal: Having fun as a team!

Graham Bates from SEKISUI DIAGNOSTICS (UK) was the lucky winner of the Football Bet at last year’s SEKISUI European Football Tournament and was pleased to support a non-profit organization close to his heart: “Heart of Kent Hospice”. He now handed over the cheque with the prize money of 430 EUR.

END_OF_DOCUMENT_TOKEN_TO_BE_REPLACED

“I biked 3 days for the ‘Duchenne Heroes’ charity project!”

Different mountain bike challenges, a lot of volunteers and one good cause: Collecting money for research on the Duchenne disease. One of our colleagues from SEKISUI S-LEC, Frank Schmitz, joined the “Duchenne Heroes” event in September. This is his story.

END_OF_DOCUMENT_TOKEN_TO_BE_REPLACED

Football unites! Nine teams from all over Europe competed against each other at this year’s SEKISUI European Football Tournament in Herkenbosch, Netherlands. We captured the lovely weekend in a video to show all highlights, exciting scenes and emotional moments.